EUROBAT fears proposed European Parliament amendments risk slowing the EU’s decarbonisation plans and may endanger progress on the creation of a new battery industry in Europe.

Yesterday, the Environment Committee of the European Parliament voted on the new Batteries Regulation proposal.

While certain shortcomings of the Commission proposal had been addressed by the Parliament, we are concerned that some of the latest amendments go in the opposite direction of supporting the development of the European battery industry towards achieving strategic autonomy.

EUROBAT – the association of European automotive and industrial battery manufacturers – has been working effectively with Members of the European Parliament and Member States ‎since the publication of the Commission’s proposal for a new Batteries Regulation, and the association ‎appreciates that some of its suggestions to improve the proposal have been integrated in ‎the Parliament’s amendments.

The industry needs an ambitious yet realistic Regulation with ‎achievable policy objectives. EUROBAT members wish to highlight a number of points—such as the scope of the Regulation, the timeline of its implementation and thresholds for recovered material—which still need to be addressed by the European Parliament’s Plenary to ensure batteries can most effectively support the green and digital transitions:

Grandfather clause
To protect existing applications from being scrapped before they have reached the end of their useful life, the grandfather clause needs to be more granular and must include models designed before the entry into force of the Regulation that will be used ‎exclusively as spare parts. It should also include a transition period of 24 months.

Battery definition and classification
The definition should refer to finished products that are ready to use to avoid additional administrative costs for batteries, modules and packs produced in Europe, compared with ready for use imported batteries. Furthermore, the classification of batteries must ensure proper collection and, as such, SLI batteries (for starting, lighting and ignition functions) should include auxiliary batteries and exclude industrial machinery batteries, the latter being collected through industrial channels.

Producer definition
Producer status should be clearly assigned to the ‎original equipment manufacturer (OEM) of the appliance or vehicle in situations where the battery is purchased from a same country manufacturer, as it is already the case when the battery is purchased from a foreign manufacturer. As they are ‎closer to the market, OEMs should therefore assume end-of-life responsibilities irrelevant of the country of supply.

Extended producer responsibility
Remanufacturers, rather than battery producers, should organise the preparation for ‎repurposing and remanufacturing of ‎batteries, as well as cover the ‎costs involved in such operations‎. Indeed, recycling and repurposing a ‎battery is a source of income for remanufacturers.

Carbon footprint, performance and durability of batteries
The scope of the measures should be limited to specific applications. ‎‎‘Industrial batteries’ is too broad a category and includes multiple technologies that serve hundreds of very different applications. These batteries cannot be assessed according to same requirements as those used to assess EV or energy storage batteries.

Chemicals management
The management of hazardous substances under the proposed Regulation should be conducted in a single legal framework (REACH) to ensure legal and business certainty and avoid duplication of administrative efforts.

“As EUROBAT President, I call on MEPs ahead of the Plenary vote to ‎continue to help the new Batteries Regulation support the ongoing establishment of a ‎thriving EU battery value chain. This will enable Europe to achieve its ambitious 2030 and ‎‎2050 climate and energy targets.”‎

EUROBAT is the leading association for European automotive and industrial battery manufacturers, covering all battery technologies, and has more than 50 members. The members and staff work with all policymakers, industry stakeholders, NGOs and media to highlight the important role batteries play for decarbonised mobility and energy systems as well as all other numerous applications. www.eurobat.org 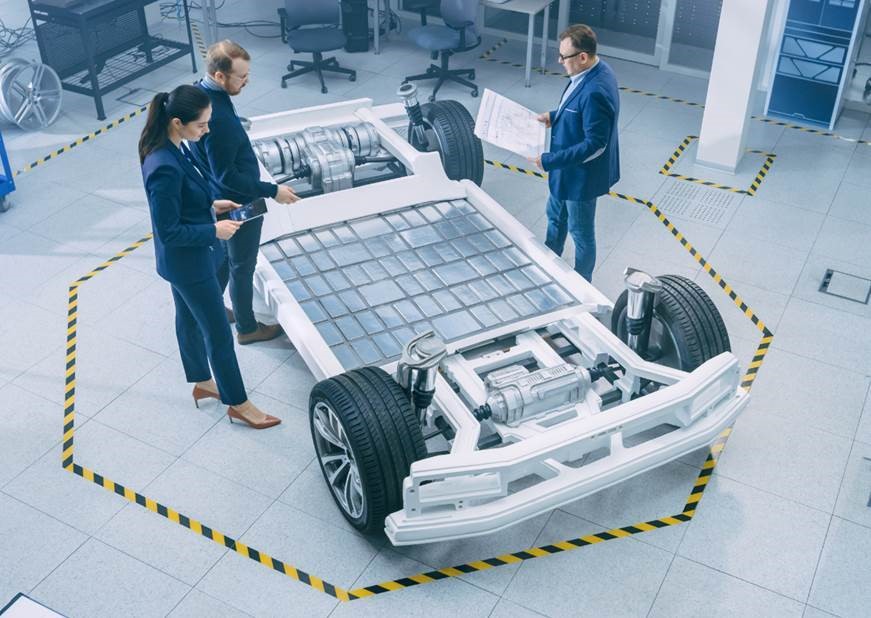